In Smartly.AI, the task of predicting which of intent corresponds best to a user requests is made possible using a statistical classification algorithm, also called the Classifier.

What is Statistical Classification?

Statistical Classification is the task of identifying to which of a set of categories (sub-populations) a new observation belongs, on the basis of a training set of data containing observations (or instances) whose category membership is known.

In the example below, the classifier gets many various user requests as inputs, and we can see that the input is either a match with an existing intent or no intent at all.

As this classifier trains word embeddings from scratch, it needs a little more training data and more training time but will generally perform better than pretrained models.

Below is a simplified representation of a word vector space (it should have much more dimensions in reality). Anyway, what you can see is that by measuring the distance between vectors we can see how similar a user request is from the pre-trained intents, and by doing so, transforming a semantic problem to a mathematical one.

With each inference, the classifier will give you score that is a good indication of the probability of confidence of the result. This score ranges between 0% and 100%.
In order to let you filter the most certain inferences, our platform allows you to define a confidence threshold.

What happens if the threshold is too low? 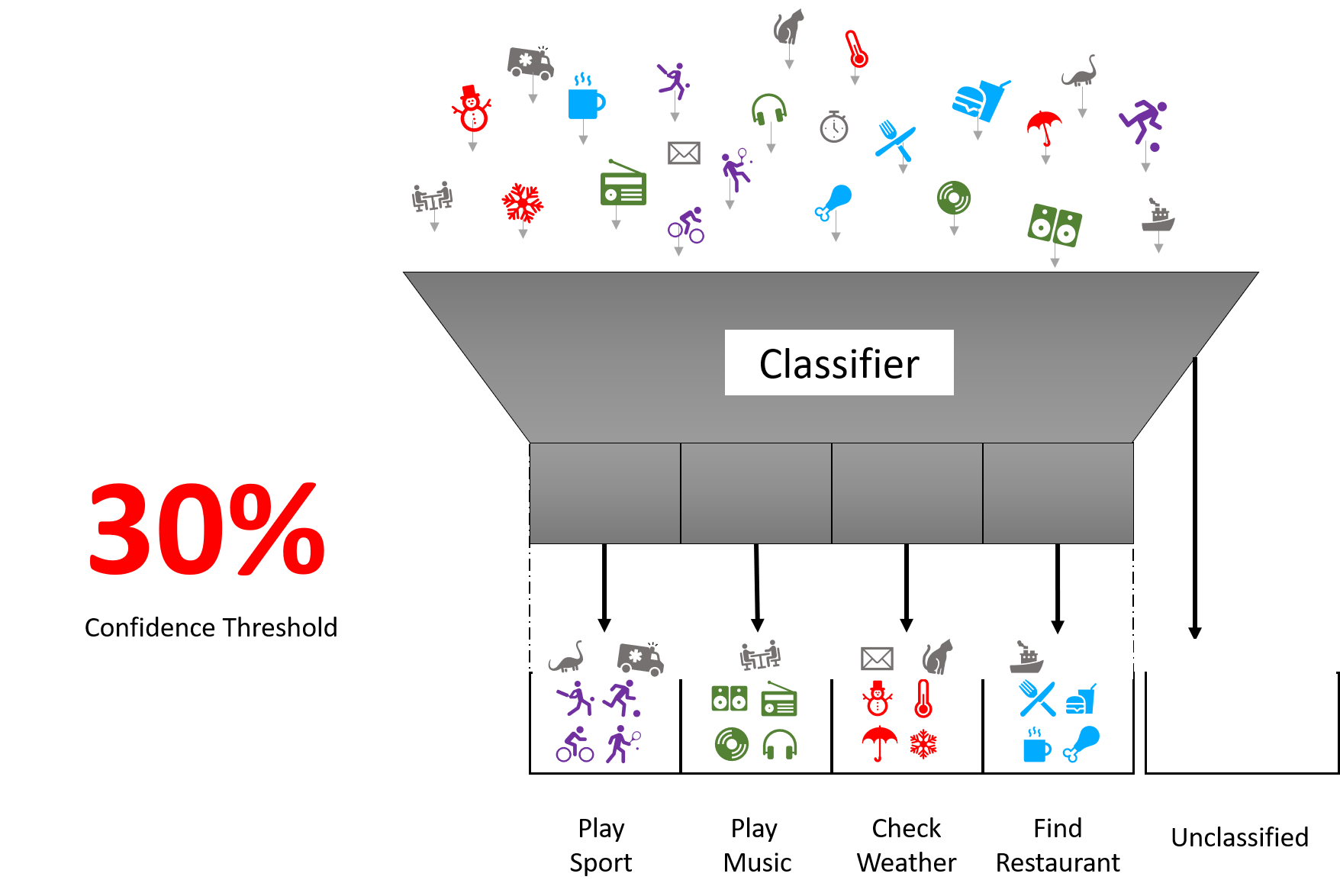 If the threshold is too low, you will almost always have a result, but these result can be false. This kind of results is called False positives.

What happens if the threshold is too high? 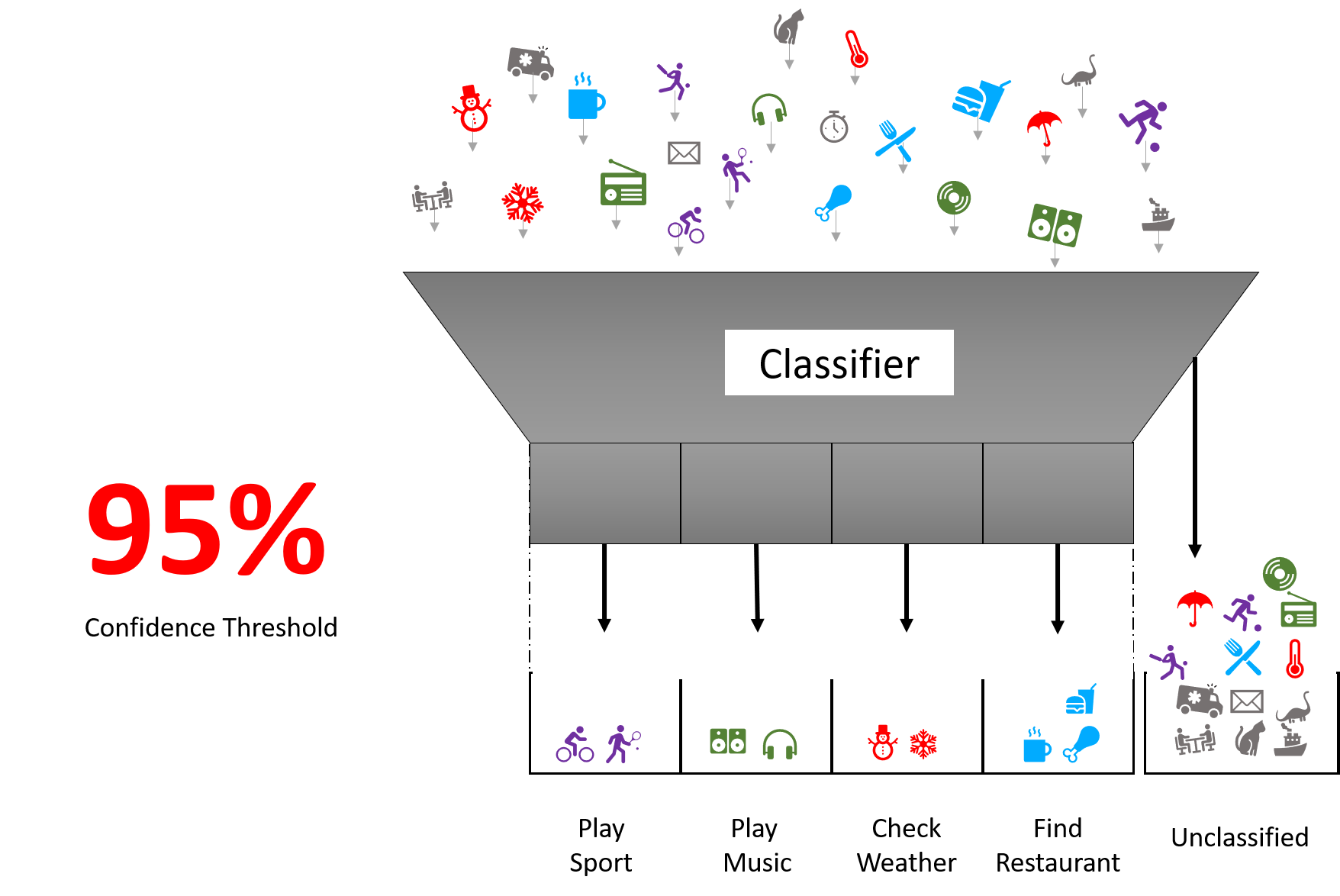 If the confidence threshold of your bot is too high, you will have less results, but they will be almost always true. This kind of results is called False negatives.

Updated over 1 year ago