Why you shoud consider disambiguation?

Sometimes the user question can be ambiguous.

Imagine that the user is asking

This is hard to tell, even for a human.
As humans, what we usually do in this kind of situations is that we ask a deambiguisation question in order to clarify the initial message.

Well, that's exactly what we want our bot to do as well with a new feature that we call disambiguation.

How does disambiguation work ?

From the user perspective, here is an example of what you can get before and after setting up the disambiguation algorithm. 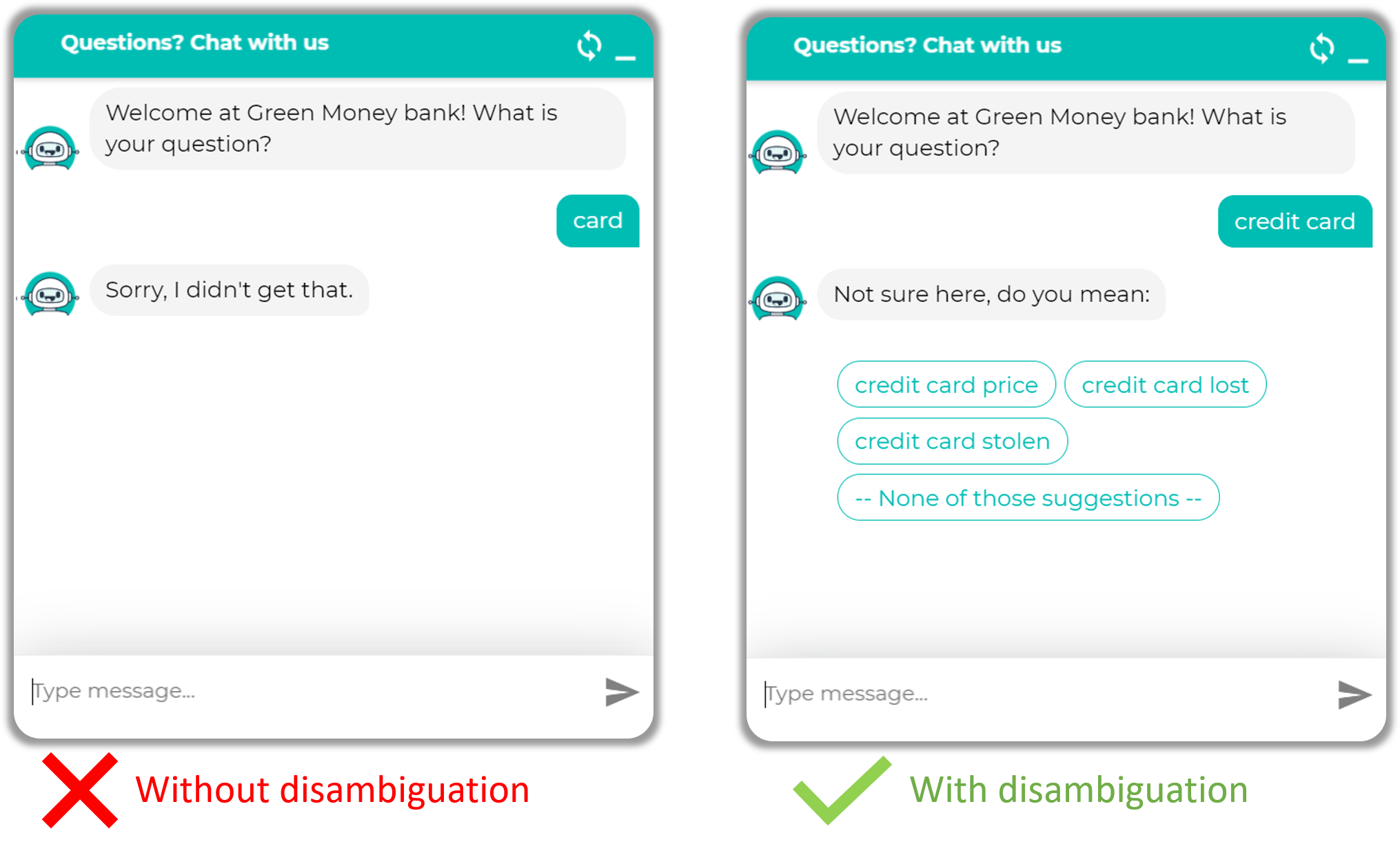 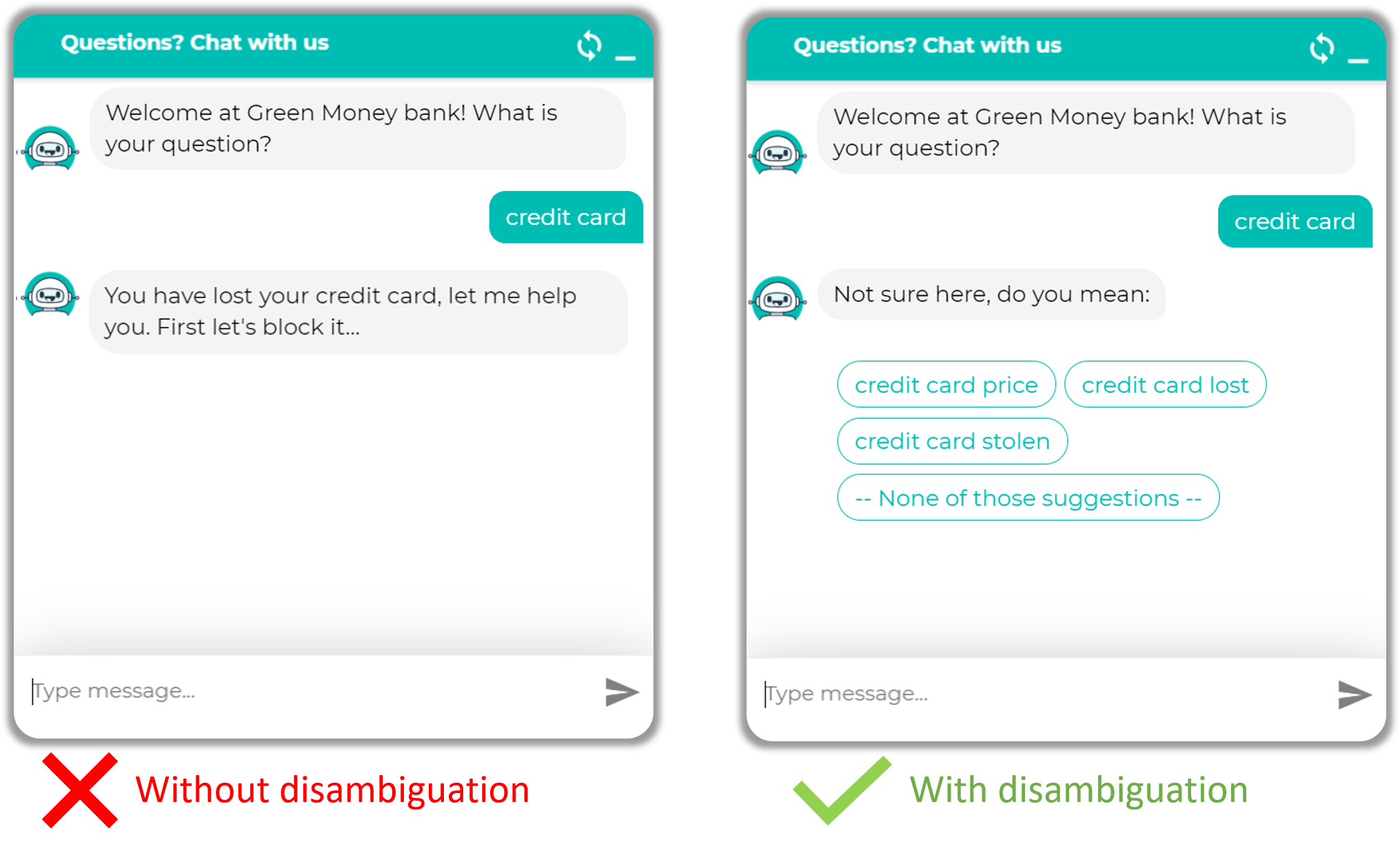 Technically speaking, the deambiguisation, once activated on your bots get the N best intents and suggest them as options to the user. This way we can get the extra information needed to go ahead.
Below is a simplified diagram showing how it works behind the scenes.
Another use case where disambiguation is activated is when the confidence distance between the best 2 intents is smaller than the delta confidence (more on this below). 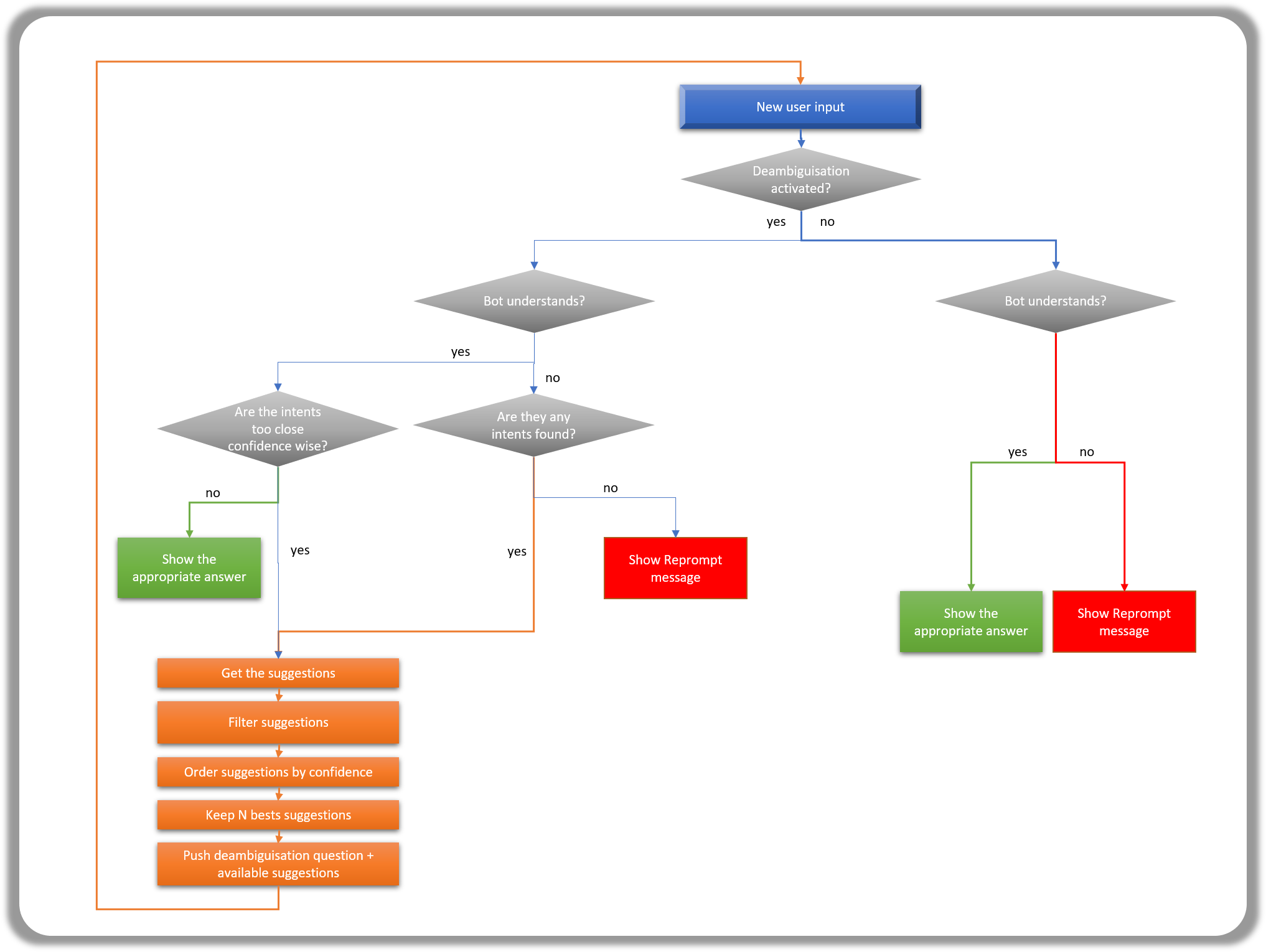 How can I activate disambiguation in my bots?

First, open your bot settings and make sure to have set the SNP 1.05 or SNP 1.06 pipeline.
Then, click on "Disambiguation: Intents suggestions system" to activate the disambiguation 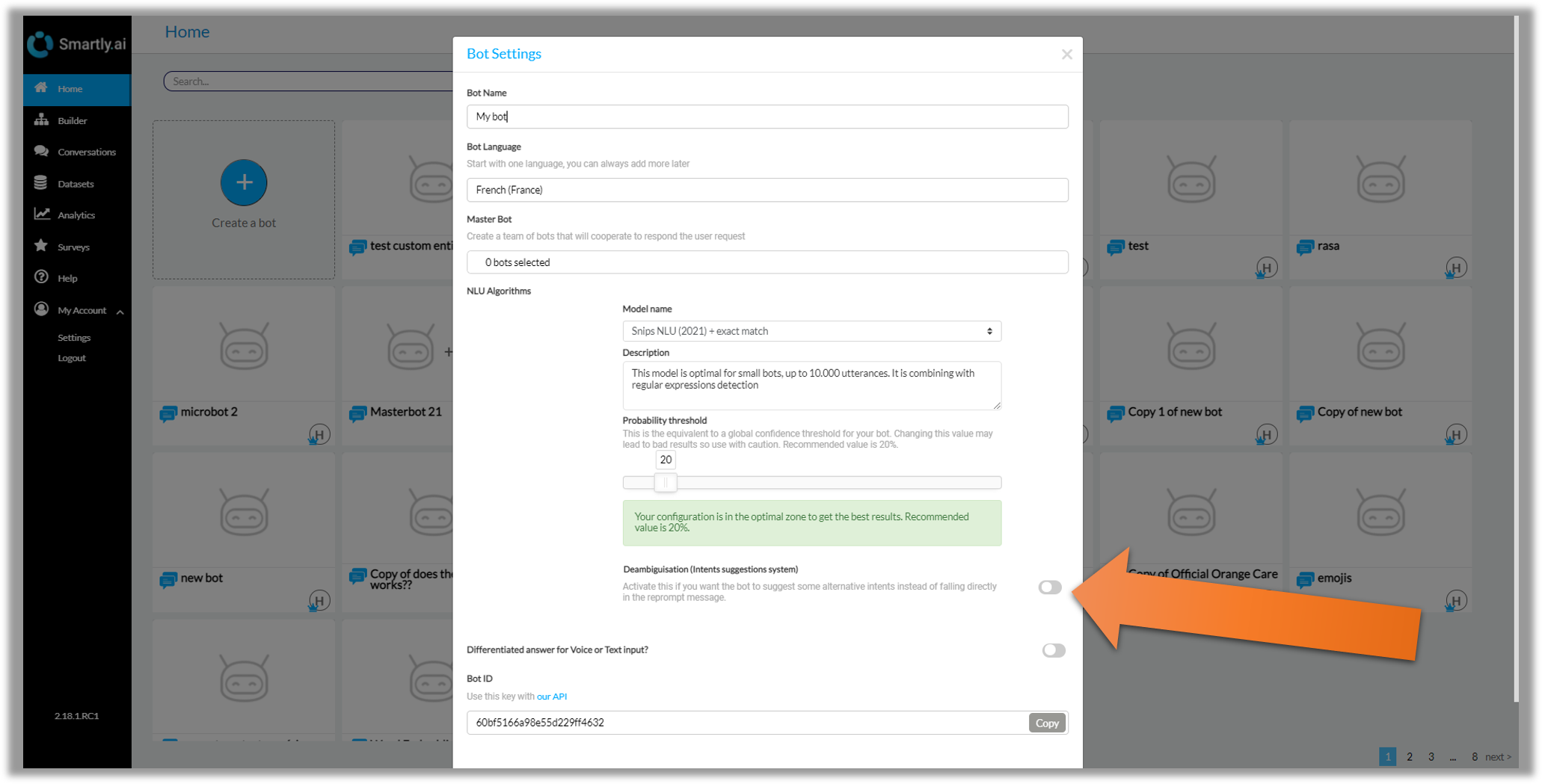 From there you will find a few of options allowing you to customize the disambiguation.

A/ Intents suggestions system
This is a setting allowing you to turn on/off the disambiguation.

C/ Suggestions message
Before offering the intents suggestions, there is a text message indicating that the user clarification / confirmation is needed

D/ Wrong suggestions message
This message is simply one last button that can be added at the suggestions list, allowing the user to indicate that none of suggested intentions is matching his need. You will then have to handle this button with a dedicated behavior as the message defined in this field will be sent to your bot as a normal message.

Then, in your intents, pick the ones you want to see during the disambiguation and set a Suggestion label for each of them.
You can do it manually via the following modules:

This also works by exporting and importing your intents or QnA.

Some special cases to consider